‘Faith’ aka ‘The great doctor’ is a historical drama containing elements of fantasy, that is set in the Goryeo period. During the Goryeo period, Goryeo (Korea) was under the rule of  the Emperors of Yuan (China). The Yuan Emperors would select kings to place on the Goryeo throne. These kings were ‘acting’ kings only. They had no independent power and were forced to follow Yuan Emperors rules.

They are joined by an amazing supporting cast.

The drama first introduces us to General Choi Young, who is the highest ranked General of the Woodalchi. The Woodalchi are a small group of highly trained royal bodyguards in charge of protecting the King & Queen. 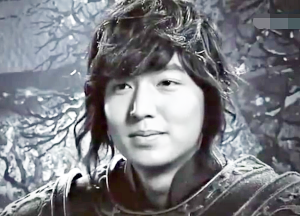 Choi Young is emotionally scarred by events from his past. Due to this, he has spent the past 7 years like a living corpse going through the motions of his daily routine.

Since Yuan keeps switching out the kings in Goryeo, Choi Young has had to adjust to orders from different kings. He does not seem to care much. Because to him it does not matter what tomorrow holds or if he will live to see another day.

However, Choi Young’s life gets turned upside down when he meets and falls in love with Yoo Eun-Soo. 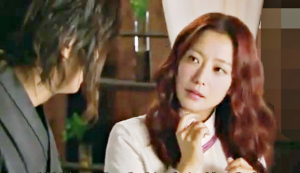 Yoo Eun-Soo is a skilled doctor living in modern-day Seoul, South Korea. Years ago, Eun-Soo was well on her way to become a successful doctor in general medicine. She was hoping to do good and help people using her skills.

This changed drastically after Eun-Soo experienced disappointment in the world of general medical practice. Stopping her pursuit of General Medical Practice, she instead switched to performing plastic surgeries. In Eun-Soo’s opinion, it was less risky and paid significantly more.

It all begins when Choi Young and the Woodalchi are on their way back from Yuan. They are escorting the newly appointed King Gong-Min and his young wife, Queen No-Gook, to their palace in Goryeo.

King Gong-Min has been chosen by the Chinese Emperor to become the new ‘acting’ king of Goryeo. Marrying the Yuan princess No-Gook enabled King Gong-Min to be chosen and return to Goryeo, where he was born. 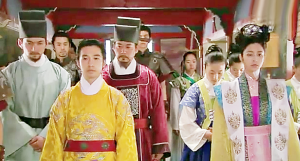 King Gong-Min was brought to Yuan as a young boy and essentially held there as a prisoner.  Due to this, he is filled him with disdain toward anything or anyone in Yuan.

Prince Gong-Min fell in love with Princess No-Gook not knowing that she was of the Yuan imperial family. Finding out her real identity made him feel betrayed and hurt.

He is not aware that the princess fell in love with him long before he ever noticed her. Princess No-Gook even learned the Goryeo language in the hopes of one day talking to him in his mother tongue.

Things start going wrong when scheming Lord Ki Cheol starts putting his plan in motion to take the King’s throne and title for himself. 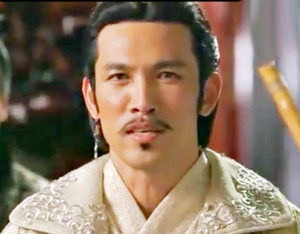 Lord Ki-Cheol is King Gong-Min’s estranged uncle, who is also the brother to the current Empress of Yuan. He is backed by his close allies who possess supernatural powers and a powerful army. 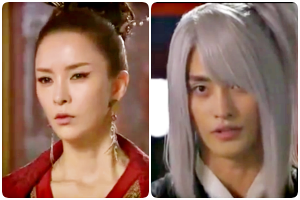 Undermining his nephew at every turn, Lord Ki Cheol blocks his path back to Goryeo. The King & Queen with their entourage are left stranded in a little seaside village.

Without an available boat, they are forced to spend the night, thus leaving them vulnerable to an attack by Ki Cheol’s hired thugs.

During the attack the Queen is severely injured by a sword cut to her neck.

The royal doctor Jang Bin stops the bleeding but informs King Gong-Min that it will take a miracle to save her live.

The King is then told by his advisor of a ‘Heaven’s Door’ nearby and signs indicating that it recently opened. This door is tied to a legend of the great doctor ‘Hwata’.

Many years ago, so the legend goes, ‘Hwata’ disappeared through ‘Heavens Door’ in order to escape a previous king. After rejecting said kings demand that he only serve him, ‘Hwata’ saw no other way to save his own life.

Looking desperately to save the woman he loves, the King decides to send someone to fetch a ‘heaven doctor’.

Choi Young ends up volunteering to go while everyone else hesitates or flat-out refuses. Fear of what really awaits on the other side of the door, is not a deterrent for him. 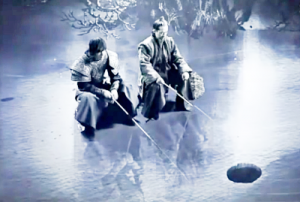 Through the opening into a new world…

Upon exiting the other side of ‘Heaven’s Door’, Choi Young finds himself outside a temple in a strange world. This world is known to the viewer as modern-day Seoul (Korea).

Undeterred, Choi Young makes inquiries for a doctor with a monk he happens across. The monk points him towards a nearby location that is hosting a medical convention.

Choi Young locates the medical convention and goes in search of the great doctor he was told about. This is when he first encounters Yoo Eun-Soo who is there to give a seminar on plastic surgery.

Eun-Soo’s presentation includes video footage of a facial surgery. The video shows her skilled ability for suturing wounds in a way that leaves minimal scarring.

To confirm her skills, Choi Young slashes the neck of a bystander in a similar fashion as the Queens injury. He then threatens the shocked Eun-Soo into performing an emergency surgery.

She succeeds in saving the victims life. Choi Young proceeds to grab any medical supplies he saw her using. He then forces her to come with him through the ‘Heaven’s Door’ back to his world. 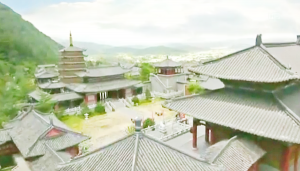 Once in Goryeo, the confused Yoo Eun-Soo ends up agreeing to treat the Queen. Not sure what is happening or where she is at, makes her increasingly more scared of her current surroundings.

She is also extremely angry at Choi Young who brought her there against her will and refuses to return her to her home.

Eun-Soo’s attempt to escape is thwarted by Choi Young and the ‘Heaven’s Door’ ends up closing.  She is forced to follow the Kings order to remain and travel with them to the palace.

Although Choi Young disagrees with the kings order, his ingrained sense of loyal duty does not allow him to disobey it. 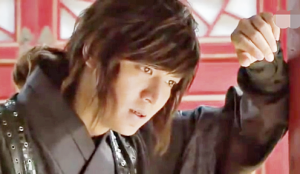 Yoo Eun-Soo is thrown into a tumultuous political time and surrounded by strangers.

Adjusting to her surroundings quickly will be the only way for her to survive. To navigate this world Eun-Soo relies on her quick wit and positive attitude. Snippets she remembers from her history lessons in her younger school years come in handy as well.

Through the interactions with the people around her during this journey, Yoo Eun-Soo discovers friendship, love and also re-discovers herself.

Well… this review turned out a lot longer then expected. But what can I do? It’s gotten a hold of my ‘feels’. I hope you choose to watch ‘Faith’ and enjoy it as much as I did.

If you have not yet watched this drama and do not like spoilers, be warned. The below are the personal thoughts of the author about this drama and may contain references to certain specific scenes or events within the drama.

Reasons I keep re-watching this drama

This is one of my favourite Lee Min-Ho dramas to date, partially because it’s one of the few mature roles he has played and also because he made me forget Lee Min-Ho. I was able to see Choi Young, the young brave and fearless General who is both respected and admired by his fellow warriors. Choi Young starts out as a quiet, almost sullen character who through his interactions with Yoo Eun-Soo and the ensuing events is able to evolve as a person and once again find a purpose in life. 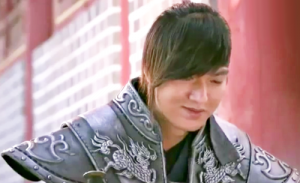 Yoo Eun-Soo is just the spunky character one can image turning things upside down inside the royal palace with all its rules and regulations and in the process melting the frozen heart of a general. Hinting several times that she is used to dealing with difficult personalities due to her profession, she courageously goes her way despite the dangerous people and situations surrounding her. It is Choi Young’s loyal and unwavering protective personality that makes her believe in men again and fall in love with him.

Watching the once tender love between the King and the Queen that is now marred by mistrust and misunderstanding break out of its shell and develop into a strong relationship and turning them into a power couple was such a pleasure.

I still have not figured out how a villainous character like Lord Ki Cheol can also add so much laughter to a drama without making the character lose any of its fierceness and scary essence. Mad props to actor Yu Oh-Seong for doing an amazing job. ** slow claps**.

The Woodalchi warriors is the kind of people I would want on my side if I was ever in trouble. The way they show their admiration by following Choi Young’s lead, trusting in his decisions even if the big picture is not clear to them is admirable. 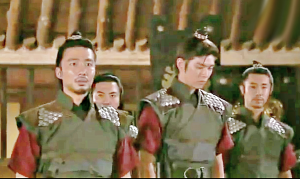 The entire drama was laced with twists and new evil plots by the callous Lord Ki Cheol from beginning to end. Never a dull moment.

My one big regret about this drama was that the last 5-10 minutes of the final episode left me feeling like a deflated balloon. There had been such a build-up of the final momentum when Choi Young and Yoo Eun-Soo are reunited. I was expecting a kiss, a hug or some sort of ‘skinship’ but all I got was a too short longing look between the two. – However, this has obviously not kept me from re-watching the drama several times.

Ali’s song ‘Carry on’ is still stuck in my head and remains a top 10 song on any of my Korean karaoke choices. ‘Because my steps are slow’ by Shin Yong-Jae still brings me to the brink of tears. The instrumental pieces are also a perfect fit throughout the drama. I would like to mention the ‘Main Title – string version’ and ‘Great Big Choi Young’ both by Oh Joon-Sung.