So…looks like today we will be talking about the Korean Drama “Lucky Romance”. This little gem aired back in 2016 and consists of 16 Episodes.

For anyone who has watched “Reply 1988”, this could be classified as “Ryu Joon-Yeol’s redemption Drama”. **wink wink** 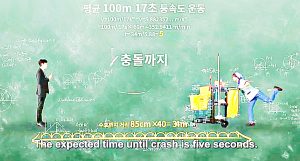 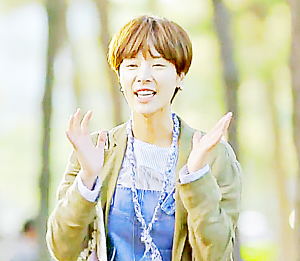 Sim Bo-Nui (Hwang Jung-Eum) spends her days working hard in order to provide for herself and her younger sister Bo-Ra (Kim Ji-Min). As the result of a car accident two years ago, Bo-ra is currently in a coma.

When the Sim sisters became orphans at a young age, Bo-Nui took on the role of caretaker for Bo-Ra.

She constantly struggles to come up with the necessary funds to cover her sister’s hospital bills. However, there is something weighing even heavier on Bo-Nui’s mind.

As a teenager, she was told by a fortune teller that she brings bad luck to those around her, especially her loved ones. Since then, Bo-Nui lives convinced that she will cause harm to anyone she comes close too. In her mind, her parent’s death and Bo-Ra’s accident are both proof of this.

For fear of further harming Bo-Ra, Bo-Nui only looks at her from afar, refusing to actually enter her hospital room.

One day, Bo-Nui’s fortune teller informs her of a way to break the curse of her bad luck. The solution lies in Bo-Nui having a lucky romance a.k.a. spending the night with a man born in 1986, the year of the tiger.

To her immense relief, she soon comes across such a man. Moreover, things seem to, for once, work in her favour. Because she holds something of interest to him that may just be the key to convince him to help her. 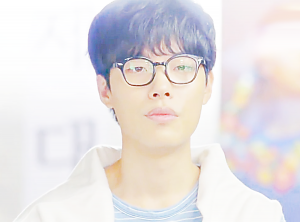 Je Soo-Ho (Ryu Joon-Yeol) is the CEO of Zeze, a successful game app developing company. He is a firm believer of making things happen by applying one’s brain or abilities. Luck has nothing to do with what occurs in a person’s life.

Hailed as a genius and revered by his subordinates, Soo-Ho seems to have it all: Fame, fortune and complete happiness.

However, as it tends to happen in life, things behind the scenes are much more complicated than anyone realizes.

The young CEO has a strained relationship with his parents. He resents his mother for exploiting his status of a child genius when he was younger. In contrast his Dad has never fully acknowledged Soo-Ho’s intellectual talents, since they do not align with his view of what his son should be like.

As a consequence of always being in the spotlight as a child, Soo-Ho has developed a unique condition. Said condition causes him to hyperventilate and potentially faint upon hearing and seeing camera flashes directed at him.

This obviously poses an issue whenever he has to present his company’s newest inventions to the public. Fortunately, Soo-Ho can always count on his best friend Han Ryang-Ha (Jung Sang-Hoon) and his spunky personal assistant Lee Dal-Nim (Lee Cho-Hee).

Between the three of them, they have so far managed to keep Soo-Ho’s condition a secret from those around him.

After a recent fail to launch a completed game app, Soo-Ho is on the lookout for a new innovative game idea. Something that will restore the credibility of his company among his investors and customers alike.

His search leads him to Bo-Nui, a skilled programmer trying to find investors in order to complete and launch her game invention.

The genius CEO immediately sees the potential of her sports game idea to become successful if developed in the right way.

Contrary to his expectations, Bo-Nui does not jump at the offer he presents her with. Instead, she presents him with a counter offer containing terms and conditions that frankly make him question her sanity.

The main one being her request for the two of them to go on several dates!! 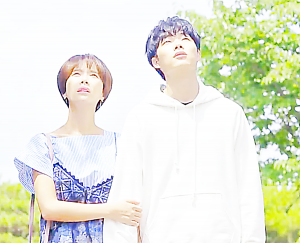 Soo-Ho initially has no intention of agreeing to any of these conditions. However, faced with the fact that the future of Zeze is at stake, he soon caves.

Not only does he need Bo-Nui’s skills as a programmer, but she seems to also be the key to signing on his chosen athlete to promote the game.

So against his better judgement, he agrees to Bo-Nui’s contract terms and things soon become even more chaotic than he imagined.

Nonetheless, as he gets to know the quirky woman better and learns of her struggles, he begins to mind less and less the chaos that seems to follow her.

The athlete and his spunky manager 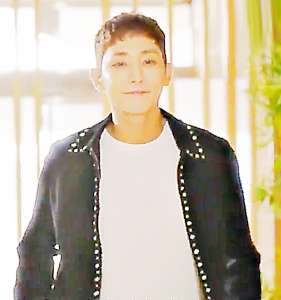 Choi Gun-Wook (Lee Soo-Hyuk) is a successful tennis player who recently returned to Korea after emigrating with his mother as a child.

Besides hoping to finally take a break from his celebrity status as an athlete, Gun-Wook also came with another, more serious, purpose.

He is hoping to locate his biological father, whom he has not seen since his childhood. Intent on keeping his private life…well..private, he has kept his intentions from everyone. Including his manager and close friend Han Seol-Hee (Lee Jung-Ah). 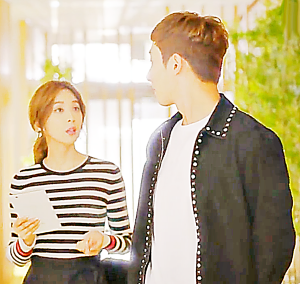 Although they have been close for years, Seol-Hee keeps it strictly professional when it comes to Gun-Wook’s career as a tennis player. Which means she would have never agreed to him possibly unearthing family secrets or connections that could prove harmful to his career.

Even though Gun-Wook often strains against the boundaries she sets for him, he respects her and knows that she means well. This however, does not dissuade him from pursuing matters that are important to him.

Another such matter for him is reconnecting with his childhood best friend. Before moving abroad, him and this girl lived next to each other in the same apartment complex.

Despite her being a few years older than him, they became extremely close and Gun-Wook has fond memories of their time together. 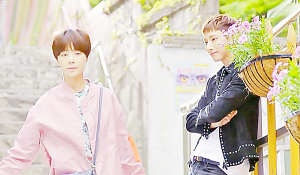 To his surprise, finding this girl is easy, as she still lives in the same apartment. To his disappointment, she appears to have forgotten him.

If you  have followed our K-drama addiction for a while, it will come as no surprise to you that we are reviewing another Hwang Jung-Eum drama. She is a true acting queen and has proven this with her versatile roles in the past. 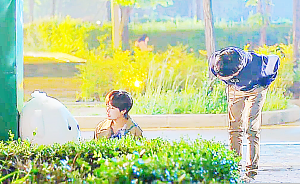 However, personally, it is her endearing way of bringing to life even the most quirkiest characters that makes me her fan.

Speaking of which, “Lucky Romance” has an abundance of quirky characters, which has given it a special place in my heart.

We are all used to the K-drama tropes of weird female lead characters (Not judging. The tropes is what I’m here for.)

“Lucky Romance” is refreshing as BOTH main leads are as quirky as can be. Each has their own unique personality that seems at odds with what one would expect from someone their age. It should also be mentioned that their wardrobe just adds another layer in depicting their uniqueness. 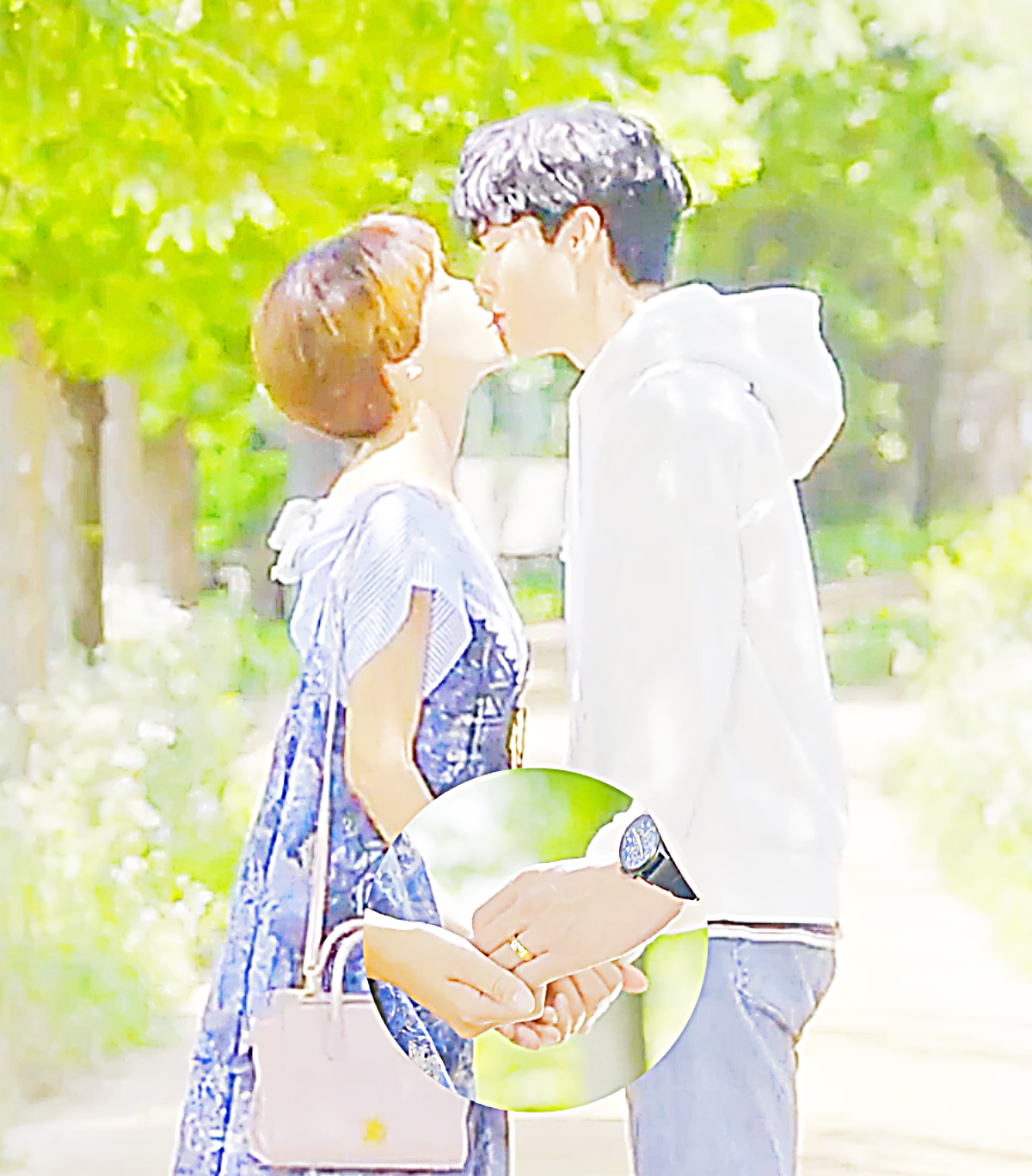